When my daughter was only six months old, she was rushed into hospital suffering from hypoglycaemia (low blood sugar).  The doctors had assumed that this was a short-term effect of vomiting.  However, their alarm increased as over the next few hours, her blood sugar continued to go down her blood gases went out of balance.  What is more, the poor little girl found herself ripped out of the security of home, stuck in the aggressive hospital environment of bright lights and strangers, who then proceeded to stick needles in her over and over again, prick her toes to measure her blood sugar, and hook her up to a very scary IV.  I remember her lying there, all floppy, looking up with big frightened eyes. An alarming and heart-wrenching sight to any mother.

I stayed with her all night, holding her little hand, making comforting noises, and snuggling her teddy against her, feeling utterly helpless and useless.  By the next morning there was no improvement in her condition.  She was clearly distressed and afraid, and despite the IV, things were not normalising.

Now, it just so happened that I was just completing my flower remedies training at the time, and had grabbed my emergency kit as I left the house.  In the midst of the initial panic, I completely forgot that I had this resource with me, but the following day I managed to mobilise my brain into action and started to think about how I could do something for her myself.  There were two aspects to this: firstly, she was currently very shocked and it would be difficult for her body processes to normalise while she was in this state, and secondly, having such a traumatic experience at such a young age might have all sorts of far-reaching implications for her future wellbeing.

Obviously I had not had time to prepare any alcohol-free remedies, and only had the undiluted stock solutions with me.  In this situation, the first priority was to deal with my daughter’s shock and fear.  I started off with Rescue Remedy, and began massaging a drop into her little wrists every fifteen minutes.  She visibly began to calm down at this point.  The next priority was to deal with her fear.  Every few minutes, nurses were coming to test her blood and gave her painful punctures in her toes.  Despite her young age, she was struggling and clinching every time the nurses came near.  To help her with this, I started using Mimulus and Aspen in between the Rescue Remedy – these remedies deal with fears and anxiety.  Again, after a couple of hours, we could all see her stress going down and the fear leaving her little eyes.

Over the next few hours, her blood sugar began to normalise, and the next day she was allowed home.  I had not told the hospital about my use of the flower remedies during this time.  They did, however, comment on the dramatic turnaround in her condition which corresponded to the time I started treating her.  All the remedies I used on her at this time were simply rubbed into her wrists, but the effect on the little girl was dramatic.

What do you think? Cancel reply 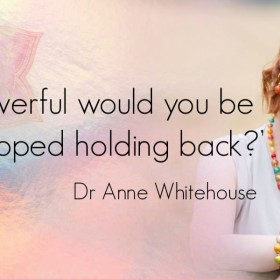